What a wonderful day it was! After a very meaningful Harvest service we all crossed the road to enjoy the brilliant raffle, wonderful display of produce, the 'Mystery Game',  Bobbie's books and the Grand Bring and Buy stall. In no time at all we were busy with  customers, then after a while our attention was drawn to an amazing display of home-made dishes which were very quickly emptied. This was followed by some very tasty desserts which again were consumed with great enthusiasm. All this was made possible by the excellent teamwork of our social committee, the very  generous donations to the bring and buy stall, the many hours preparing those tasty dishes for the lunch and for the produce stall, and also for your massive support on the day, entering into the spirit of the occasion. Altogether a staggering SEVEN HUNDRED AND ELEVEN EUROS AND FORTY CENTS were raised, to be divided between the two chosen local charities: Restos du Coeur and Secours Populaire.

As Sheridan wrote in The School for Scandal, 'I believe there is no sentiment he has more faith in as that “Charity begins at home'”. This was the reason that we decided to raise money for local branche 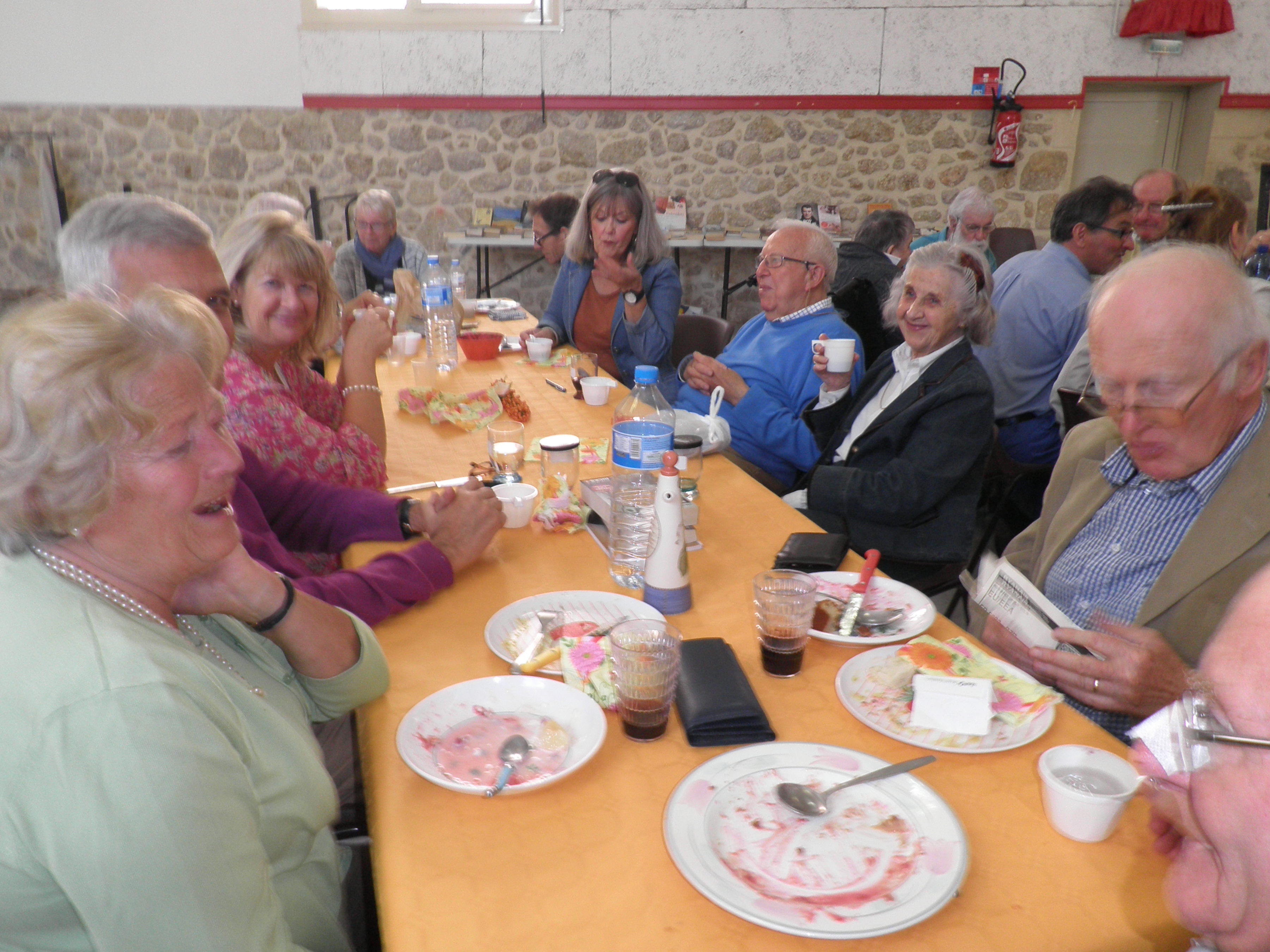 s of Restos du Coeur and Secours Populaire, in Pézenas.

This fund-raising event, the brain-child of Roger and Trish Armson, was such a success last year that we decided to do it again. Apart from an amazing raffle, we had a bring and buy stall, produce stall, and a novelty guessing game “How long is a piece of string?” which, in fact, turned out to be a rope over 14 metres long, and which provided endless amusement in trying to measure it. Bobbie also had her book stall to raise money for Hope for South Africa's Children, as she does at every service.

When it came to drawing the raffle, there was great competition from the three youngest members of our 50-strong attenders to draw the lots, and very well they did it too.

The other attraction was the popular Bring and Share lunch, organised by Alison, and as usual it provided a range of wonderful food, and Barry had his wine bar for those wishing to buy a glass to go with the meal.

Business was brisk at all the stalls, and the total raised was about 560 €.

As St Matthew says in chapter 9, “The harvest is truly plenteous, but the labourers are few” ... but what workers they were! Roger and Trish, who must have spent hours collecting items for the stalls and raffle, and Alison laying and decorating the tables, not forgetting the helpers for setting out the hall and clearing up afterwards.

Our aims were achieved ... to raise money and provide enjoyment for our congregation. 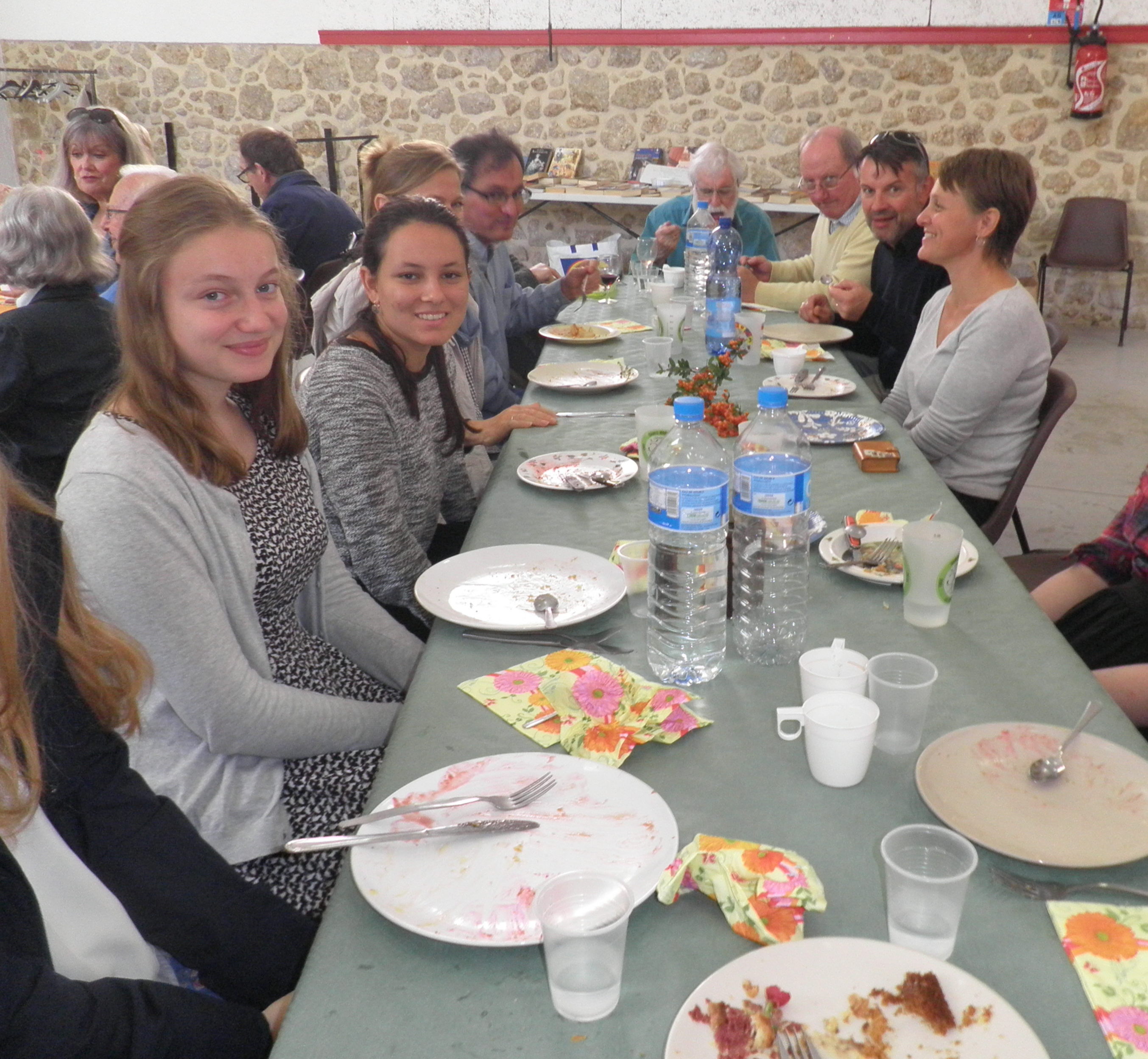 Other Harvest Festivals All Saints 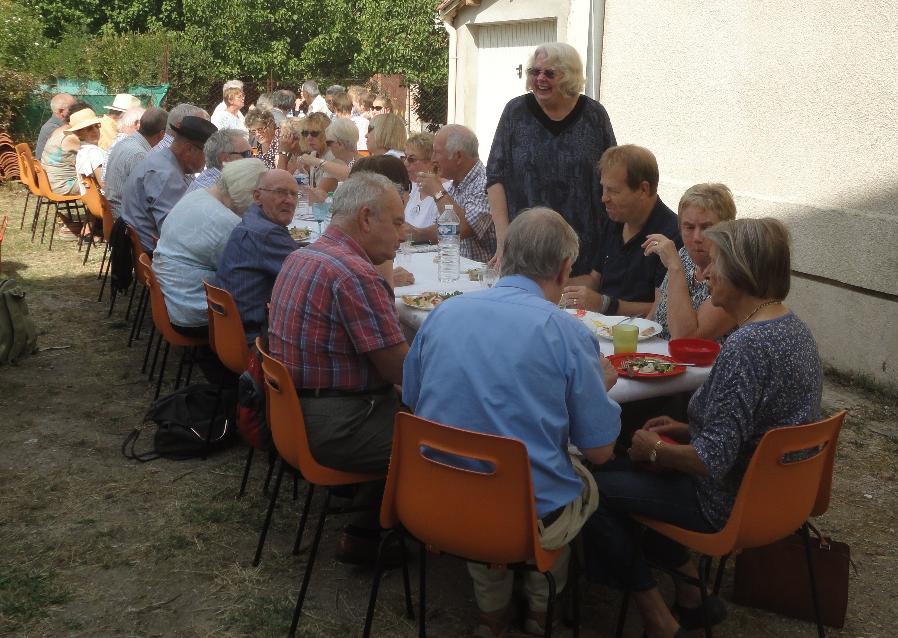 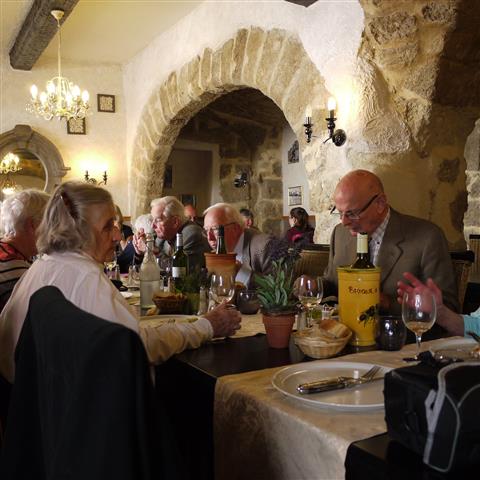 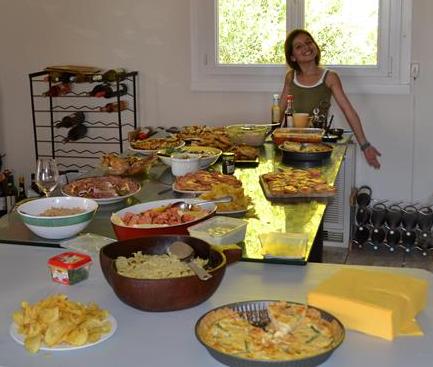