The English Church at Saint Pargoire

The English Church in the Hérault. All Saints Hérault people are a mixed group of different ages, backgrounds and traditions, who meet in the Chapel of the Église protestante unie de France in the village of St Pargoire, 10 km north east of Pézenas. St Pargoire is within a 60 minute drive of Montpellier, Beziers, Lodeve, Sete and Narbonne.

Church Life focuses around the service of Holy Communion. Our regular service is on the second Sunday of the month at 10.30 am, but there are often services or events at other times, especially on notable days in the Church's year, such as Easter, Christmas and Lent. Refreshments are served after the Service, providing an opportunity to chat and make friends.

From time to time, services are held at other chapels in the local area. These include chapels in Margon, Puissalicon, and Roquessels. We also are joint celebrants at the annual Christmas carol service in Fontès. Directions to St. Pargoire and these other venues can be found below.

Please check the "Our Church" tab on this website for details of upcoming services and events. We extend a warm welcome to all Christian people to join us at our services and church events, especially those new to our "Parish".

Our Chaplain, Reader and Church Wardens 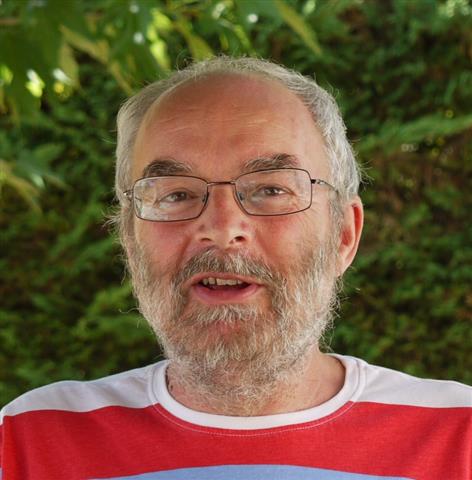 I moved to live permanently in the Hérault in 2011, after many years in Rothwell, Northants. As Chaplain, I am keen to welcome people of all types and traditions to All Saints. 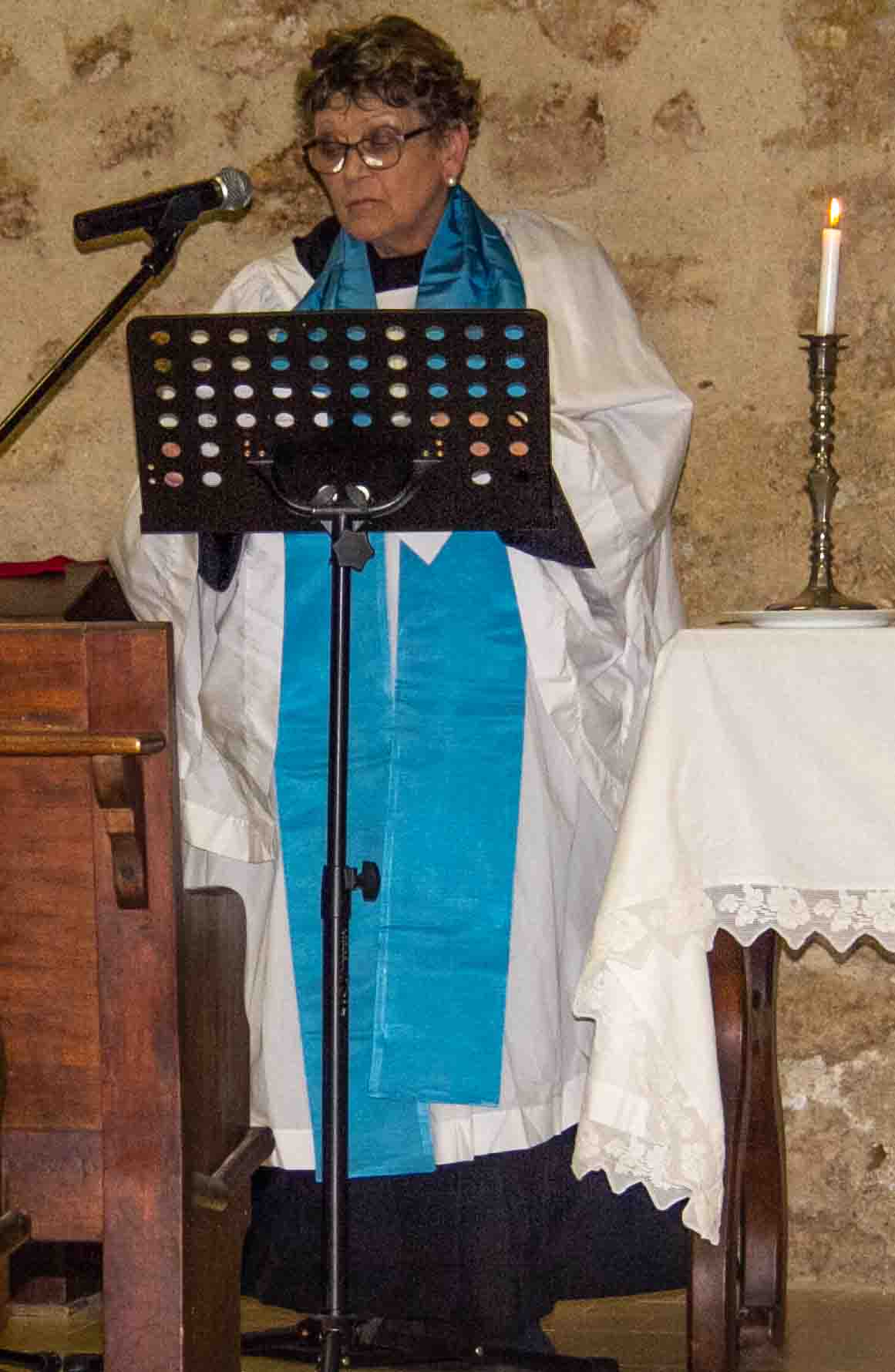 Julie is a Reader in the Diocese of Europe. 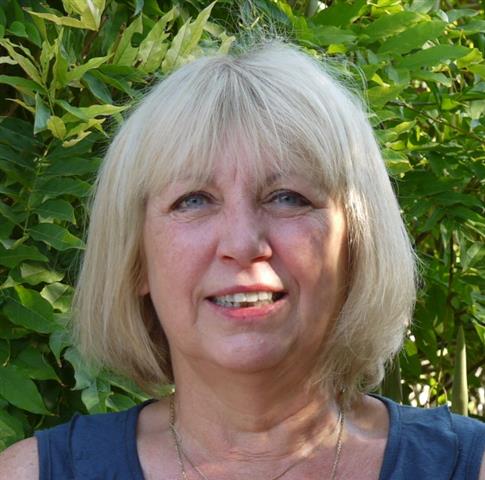 Together with my husband Francis, we welcome people attending All Saints.

I also answer all the queries arising from e-mails, issue the notices and organise the rota, as well as preparing the church for worship and tidy up afterwards. 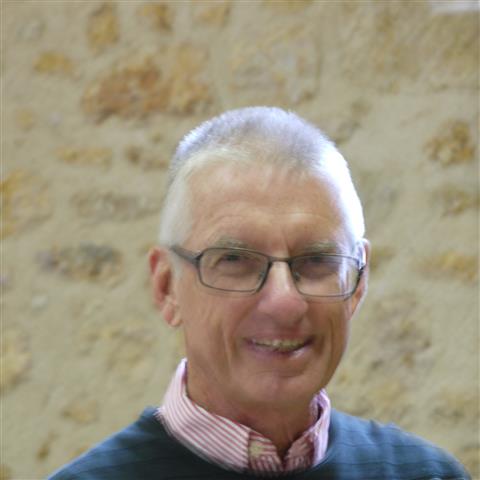 I am the backroom boy in the team. I produce the agendas and other papers for meetings.

I also deal with the correspondence between the Église protestante unie, the local administration and other local bodies.

A Message from Roger

Because the whole world is under attack from a virus called COVID-19, we can't meet, either socially or to worship, for some weeks. I hope that you will keep in touch with your friends from All Saints by phone, e-mail and social media.  Let's look after each other.

Even if we can't be together physically, I think it's a good thing to worship at more-or-less the same time as each other if possible. Here is what's called a podcast, rather like a radio programme, for you to listen to. It's been made by people from All Saints and is called 'Church Chez Nous':

To start the pod cast, click on the button to the right.

A word on our church services and social events.

We follow the order laid down in Common Worship introduced in 2000, which varies with the seasons of the Church's Year. Morning Prayer from Common Worship is also held occasionally. At different times of the year we hold services at other chapels in the area, reflecting events or wishes of our parishioners. We have a monthly prayer group and also, twice each month, an informal study group followed by a shared lunch. Our Chaplain or in certain situations, our Reader, also conduct Christenings, Confirmation classes, Weddings and funerals.

During the year, we hold a number of social events to which all are invited. Perhaps you are a visitor to the Hérault, or someone contemplating making the Hérault a permanent feature of your life. Whatever the reason, we invite you to join us at one of our regular church services or social events. If you would like to speak to someone before attending a service or social event, please use one of the contact methods below.

Next Service or Event

Whilst we shouldn't panic about it, there are cases of coronavirus (COVID-19) in this area and there is a possibility that some members of our congregation have been at risk. We have decided, therefore, that we must cancel the service scheduled for 22 March and also the remaining Lent groups. We shall decide what to do about Holy Week and Easter nearer the time. I am sorry about this: it will be a strange Lent this year.

Next week we shall send you details of what would have been included in the 22 March service, along with some extra material, to help with your private reflection and prayers. The AGM will need to be postponed. The rules say that it must be held before 31 May. Roger

Safeguarding is at the heart of our Christian faith. We are all made unique and in the image of God. Jesus came that we might have life and have it in abundance.

The chaplaincy takes its safeguarding obligations, for both our church and the wider church community, seriously. In common with other churches, we have systems in place to ensure that we meet our obligations. If you have any questions, you make speak with our safeguarding officer, Jenny Morgan, in complete confidence by clicking on the email link: ja.mor.gan@hotmail.com, or phoning her on 04 67 88 02 92. Alternatively, you can speak with Roger, Julie or one of the Churchwardens.

The Church Council works with the minister in promoting the mission of the church. The minister in charge of the parish and the PCC have a duty to consult together on matters of general concern and importance to the parish, and to co-operate in promoting in the parish the whole mission of the church: pastoral, evangelistic, social and ecumenical. This includes almost everything to do with the church’s work in the parish, and its relationship with the deanery and the diocese. 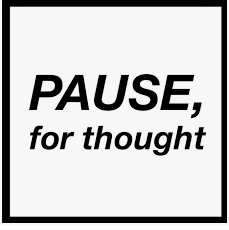 Have you heard the myth about spinach being an incredible source of iron? Or maybe you read somewhere that this was all a myth popularised by Popeye, the pipe-smoking sailor?

If you believe any of these claims, you are not alone.

Countless websites, national broadcasters, and even textbooks made these claims very familiar. But they are also unfounded.

Spinach is in fact rich in iron, just not the type the human body absorbs well. For his part, Popeye loves spinach for its Vitamin A content, not for the iron. But somehow, familiarity inspires belief.

The consequences of the spinach misconception are relatively harmless. But when a piece of untrue information has the potential to affect our vote, our finances, or decisions about our health, being aware of our own susceptibility to bias may well have a deeper impact.

There are a number of factors which make us more likely to believe false information:

Studies have shown that how old you are and your education levels do affect how susceptible you are to misinformation.

A survey by the Pew Research Centre found that older adults and adults without college education find it harder to distinguish between fact and opinion. Seniors in particular experience difficulty in recalling details, even though they might remember the overall message of a story.

As with the spinach myths, we are all prone to believing the things we hear over and over. Experiments have found that headlines seen repeatedly are more likely to be perceived as accurate, even when they hold no basis in reality, and even when participants cannot recall seeing them before.

How well we understand something

This is also known as “processing fluency”— the ease with which we can decode a piece of information.

Elements which influence the ease with which a statement can be read - such as font size, contrast, and the presence of pictures - can all affect how much it appears true.

Finally, we tend to believe the evidence that confirms our worldviews, and dispute that which challenge us. Studies of long-debunked myths, such as climate scepticism, have found that participants who held strong hierarchical and individualistic views were more likely to reject the evidence, despite being perfectly able to comprehend it.

Psychologists call this motivated reasoning. In some cases, we can mitigate this bias by reining in our “fast” reacting gut instinct, and taking the time to “think slow” - examining new evidence for what it says, rather than for how it conforms with what we already believe.

A number of studies have found that this type of analytical thinking can cut through partisanship - though this is much easier to do in the case of novel claims, than in the case of entrenched myths.

Misinformation is something we can all fall prey to

Regardless of age or education, we all get more distracted on social media than on other news media, and are less likely to recall article sources. We all tend to share information high in emotion, and can fall prey to cognitive biases.

As readers, we’re not just passive recipients of misinformation.

We all have the power to challenge misleading claims. But existing research shows that we're not very likely to.

A survey of UK adults found that, while one in two respondents spot content which is inaccurate on social media, only one in five correct those who share it. We can make a difference by sharing the fact checks we come across. This can play an important role in preventing bad information from spreading.

To contact our church, please use one of the following methods:

The church regularly informs parishioners of forth coming events via email.

Photograph - Chapel of the Église Protestante in St. Pargoire

How To Find Us

We meet in the Chapel of the Église protestante unie de France (formerly the Église Reformée), in the village of Saint Pargoire, postcode 34230, 10 km north east of Pézenas. We are situated on the south side of the village, near the War Memorial, on the Avenue de la Gare, the Saint Pons de Mauchiens road.

There is limited roadside parking in the Avenue. Car parks are only a 5 minute walk away, one next to the school on the road to Saint Pons de Mauchiens, the other along the road opposite the church, Chemin de Saint Guilhem.

For a link to Google Street view, click on the Icon below

Our Prayer group meets once a month at Saint Joseph de Mont-Rouge in Puimisson. The map below shows how to get to the Monastère

From time to time, we hold services in the chapel of the Chateau in the village of Margon

Each summer, we hold a service in the ancient chapel in Roquessels, situated high above the village of Roquessels. This service is normally followed by a shared lunch.

Our web hosting service uses cookies to track data to the site anonymously. Please refer to “Our Church” tab and “Policy regarding web cookies” for more information.